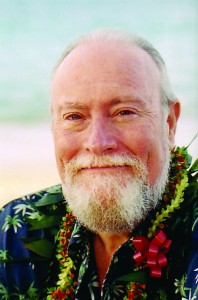 In 2005, Tim founded Genesis Pacific LLC, a creative and strategic planning consulting firm in Honolulu.  Genesis Pacific has focused on on sustainable development and socially conscious communications. It’s most notable projects include the creation of The Green Issue of Hawaii Home and Remodeling. Tim has served as Executive Producer on the documentary Ingredients Hawaii. Hawaii. Other activities have ranged from projects for the Hawaii Convention Center, Hawaiian Electric Company and Hawaii Department of  Health to writing/editing two books in The Spirit Series with Cynthia Derosier.

Tim has won many regional and national awards including Clios and National Addys, was selected to Adweek’s All Star Team for TV writing, and received a Special Jury Award from the Houston International Film Festival.